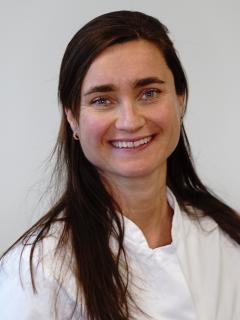 Dr Roos Quadekker was born in Leiden in The Netherlands. Since the age of 16 she has dreamt of becoming a General Practitioner with a holistic approach. She received her medical education and General Practitioner training in Amsterdam at the Vrije Universiteit, which she completed in 2010.

Before and during her studies she traveled  to Central America a number of times. In Nicaragua she learned to speak Spanish and conducted her thesis about children living on the street. After her studies she worked on and off as a freelancer in Aruba where she worked with many Spanish speaking patients from Central and South America.

In 2014 she moved to Rotterdam and started working at the IHCH where she enjoys working as a G.P. while regularly applying her Spanish language skills. She is very open towards integrative medicine and has an increased interest in the influence of nutrition and lifestyle on diseases. She will end her Orthomolecular / Nutrition medicine studies at Natura Foundation in July 2021.