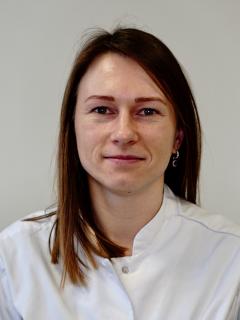 Dr Maarja van der Zwan is originally from Tartu, Estonia. She completed her medical studies at the University of Tartu in 2012. During her studies she attended the International Tropical Medicine Summer School in Yogyakarta, Indonesia which laid the foundation for her interest in travel medicine and vaccinations.

After graduating she started her residency program in family medicine, while at the same time working as a GP at a family practice in Tartu. During her GP training she wrote a research paper on contraceptive use among women in Estonia.

After completing her GP training she continued working in Estonia at a family practice. Shortly afterwards  she moved to Malta where she worked as an on-call doctor at an emergency walk-in clinic as well as on a surgical and medical ward. During her work in Malta she gained extensive experience in managing acute but also chronic medical conditions in a multicultural work environment.

It was then when she realised that she would like to continue working in an international environment. Since 2017, Dr van der Zwan has worked as a GP at the International Health Centre in The Hague.